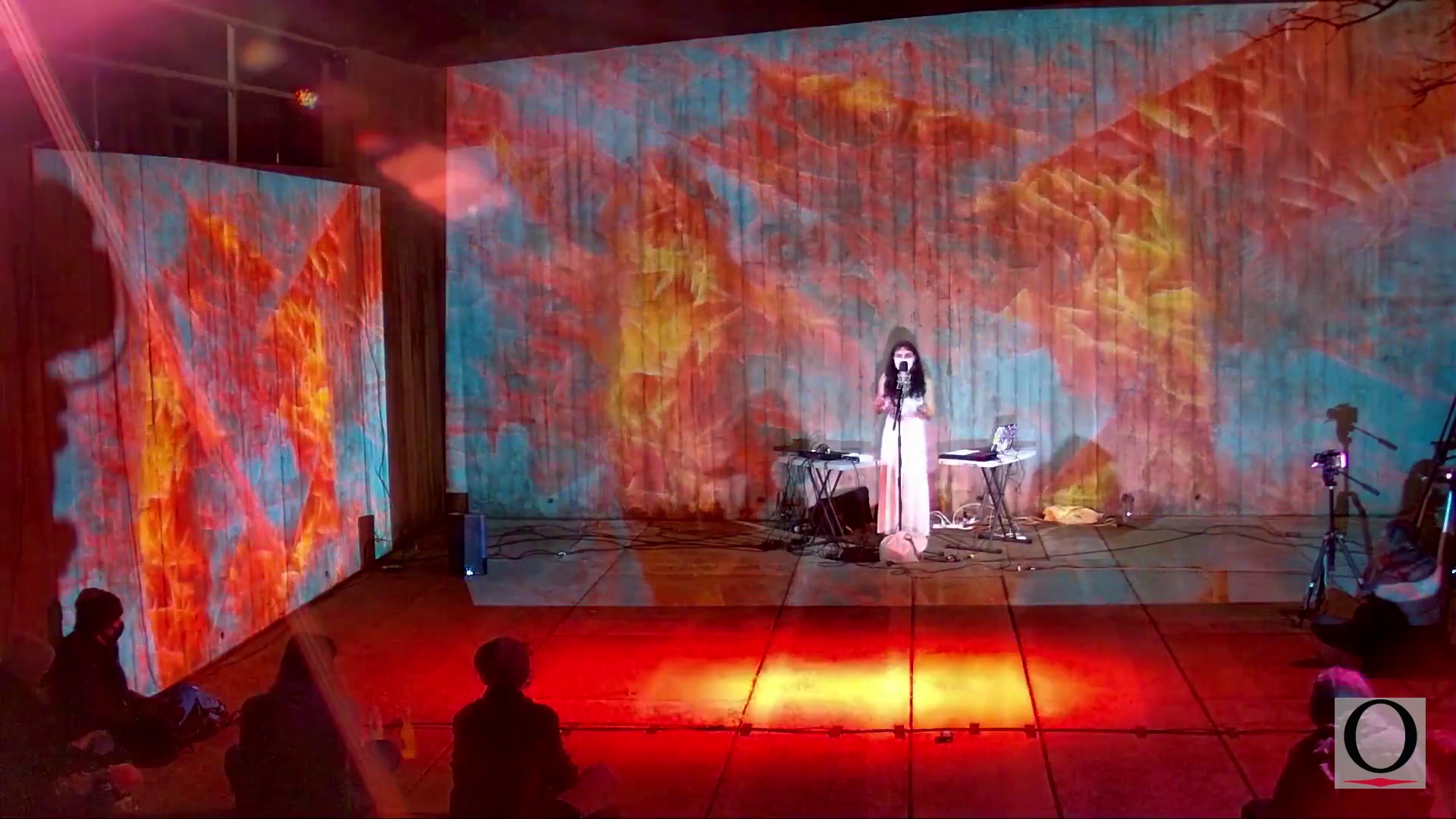 Create complimentary visuals for the performance of original compositions by Claudia

This project repurposed the custom video sequencer system that was created for the Please Tell Me project. Along with a completely new video patch, it featured new additions including MIDI controller support, DMX lighting control which matched the video patch’s color pallet, and a number of bug fixes. I also added in the ability utilize a live video feed as input to the video patch. Since this performance was being streamed live by Oberlin College’s Concert Sound, we were able to feed the stream output into the video patch as input to get some breathtaking real-time effects. Unfortunately because a lot of the documentation came from the live stream itself, I don’t have images of these moments.

The performance setup utilized 2 projectors, 4 RGBW LED lighting fixtures that were focused into the audience, and 2 white LED lighting fixtures that were focused on Claudia. The lights were hoisted on portable towers that were acquired by Student Light and Sound Association, a student organization I founded to make projects like this possible. An AKAI APC40 was used as the MIDI controller and a DMX King ultraDMX Mico was used as the USB to DMX interface. The video/lighting control system was built in TouchDesigner.